Last summer, the Centers for Disease Control and Prevention (CDC) adjusted the estimated annual infection rate for Lyme disease up by a factor of 10! In a press release on Monday, August 19, 2013, the CDC stated “Each year, more than 30,000 cases of Lyme disease are reported to CDC, making it the most commonly reported tick-borne illness in the United States. The new estimate suggests the total number of people diagnosed with Lyme disease is roughly 10 times higher than the yearly reported number. This new estimate supports studies published in the 1990s indicating that the true number of cases is between 3- and 12-fold higher than the number of reported cases.”

Lyme disease is the most common tick-borne illness in the USA and is especially prevalent in Minnesota and Wisconsin. Lyme disease is caused by the bacterium Borrelia burgdorferi. Deer ticks, which feed on the blood of animals and humans, can harbor the bacteria and spread it, along with a number of other co-infections, when feeding. Adult ticks are approximately the size of a sesame seed and many people don’t realize they have been bitten by a tick.

“This new preliminary estimate confirms that Lyme disease is a tremendous public health problem in the United States, and clearly highlights the urgent need for prevention.” Paul Mead, M.D., M.P.H., chief of epidemiology and surveillance for CDC’s Lyme disease program, said in the press release.

The CDC’s new projections indicate a much greater infection rate than most Lyme disease experts imagined. The startling aspect of the report is that this 10-fold rate increase only reflects reported cases of Lyme disease. It does not include individuals whose diagnosis may have been missed.

News of this correction led national media outlets (CBS, NBC, Fox) to run this story. The New Yorker pointed out the 800-pound gorilla in the room, “underreporting of Lyme disease obscures the true burden of the illnesses, on individuals as well as on health-care systems.”

“A proper diagnosis is most important. Lyme disease treatments carry a number of risks and should only be performed after a detailed medical workup that includes multiple tests to detect Lyme disease.” Dr. Bush continues, “ Part of the problem with detecting Lyme disease is due to limitations in testing for it. Current diagnostic tests are only 30-50% effective of properly diagnosing an infection. This puts a greater burden on doctors to look beyond the numbers and make a clinical diagnosis after all the facts and data has been gathered.

Lyme disease is endemic to Minnesota, Wisconsin and the states in the North East although it is being reported throughout the USA. It is best to take all precautions to avoid tick expose when venturing out into wooded and grassy areas. It you find a tick on you carefully remove the tick, save it in a plastic bag, and monitor your health. Contact your health care provider or local Lyme disease specialist if a “bulls-eye” rash Lyme symptoms appear. For a review of symptoms to look out for and other helpful information visit www.cdc.gov/lyme. Enjoy the summer, but beware the ticks. 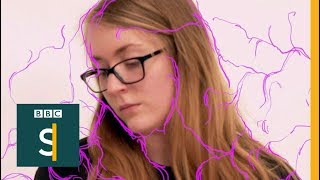